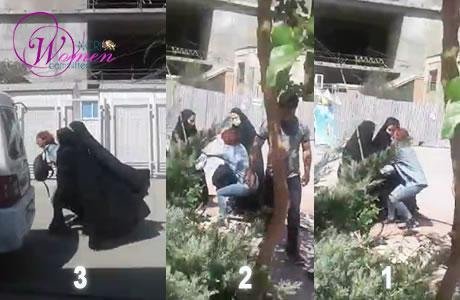 Iran: Young woman apprehended in Tehran for not covering her hair

According to a video clip from Iran published on the internet, a young woman was violently arrested in Tehran’s Haghani Metro Station for not covering her hair.

The clip shows two female agents of the so-called Guidance Patrol pushing a young woman in the street and forcing her into their van.

The young woman is crying out and demanding them to let her go.

In an act of rebellion against the compulsory veil imposed by the clerical regime on Iranian women since 1979, more and more women have been daring to go out in public without wearing the veil on their head, something that has turned into a major predicament for the regime.