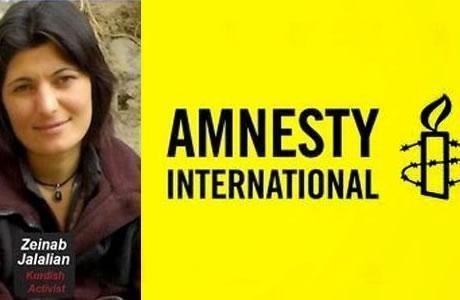 In its statement on August 25, 2017, Amnesty International wrote, “Iranian Kurdish woman Zeynab Jalalian, serving a life sentence, is severely ill and requires specialized medical care outside prison. However, the authorities have persistently refused to transfer her to a hospital, apparently to punish her and extract forced ‘confessions’. In protest, she has been refusing all medications since March 2017. The denial of access to medical care in these circumstances amounts to torture.”