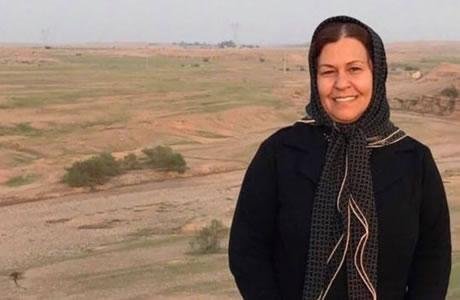 Ms. Ashraf Rahimkhani, 54, has been sentenced to one year in prison.

Ms. Rahimkhani was a political prisoner in the 80s for supporting the People’s Mojahedin Organization of Iran. She is presently charged for running a library called the Mother’s Library.

Ms. Zeinab Keshvari, 37, has also been sentenced to four months in prison. She was charged for cooperating with Ms. Rahimkhani in running the Mother’s Library.

Ms. Keshvari suffered a miscarriage while violently attacked at night at her residence by the Revolutionary Guards Corps (IRGC).

Founded in 2010, the Mother’s Library was widely welcomed by women and girls in the town of Andimeshk.

In recent days, a number of labor and political activists are being summoned or are awaiting revision of their sentences by the court.