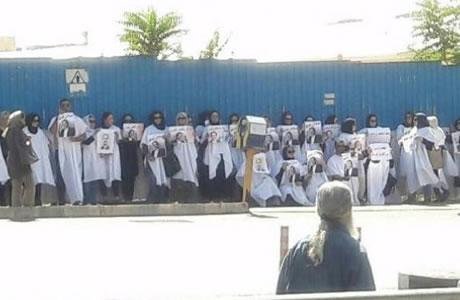 A number of women gathered outside Tehran’s Revolutionary Court in protest to the death sentence handed down to prisoner of conscience Mohammad-Ali Taheri, founder of Cosmic Mysticism (Erfan-e Halgheh) who had completed his five-year sentence. Officials refused to release him and now the court has issued him a death sentence.

Taheri’s lawyer, Mahmoud Alizadeh Tabatabaii, announced on Sunday, August 27, that his client had received a death sentence and that they would appeal.