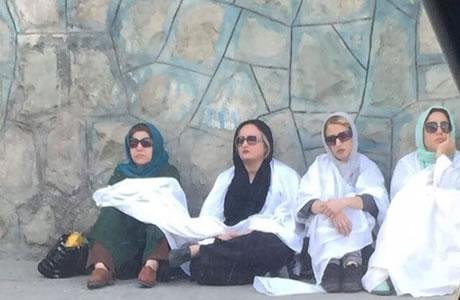 Four activist women calling for repeal of the death sentence issued for Iranian prisoner of conscience Mohammad Ali Taheri were arrested on August 28, 2017 in front of Tehran’s Evin Prison.

The four women identified as Zahra Shafii, Melika Kavandi, Zahra Ebrahimi, and Raha Davoudian were on the second day of their sit-in outside Evin. The women used to be students of Mohammad Ali Taheri.

Zahra Ebrahimi and Raha Davoudian were transferred to the women’s ward of Evin. However, there is no news about the whereabouts of Zahra Shafii and Melika Kavandi.