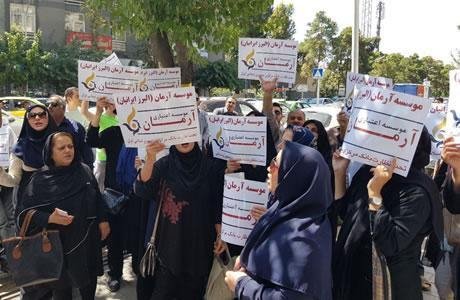 A large number of women who have lost their deposits due to cheating and fraud by Arman’s credit institution, launched a protest rally on August 29, 2017. They demanded reimbursement.

Protests against Arman Credit Institution which is backed by Iran’s Central Bank have started since March of 2017, and women have expressed their protest at multiple gatherings to the plunder of their deposits.

Video clips of the protests.