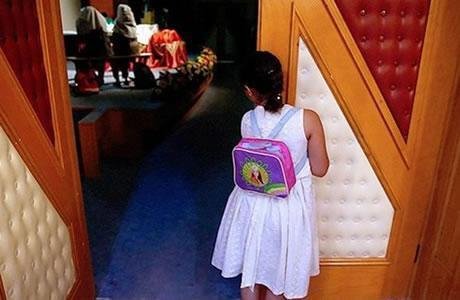 The plan on “prohibition of marriage of girls under 13 years of age” in Iran faces many opponents.

This was announced by Tayyebeh Siavoshi, member of the women’s faction in the mullahs’ parliament (Majlis), who also reiterated, “It is no easy task to get these opponents out of the way.”

As for the efficiency of the bill, Siavoshi added, “The law cannot be a deterrent by itself… Many of these marriages are rooted in poverty. In most cases, families who are in financial straits are forced to concede to marriage of their young daughters.” (The state-run Salamat news, September 1, 2017)

Clearly, even if this bill overcomes the many serious obstacles on its way, the economic condition and prevalent poverty in Iran brought about by the government’s inefficiency, incompetence, theft and graft, as well as irresponsible and anti-patriotic policies will continue to hinder defense and protection of women’s rights, including the rights of girl children, in Iran.