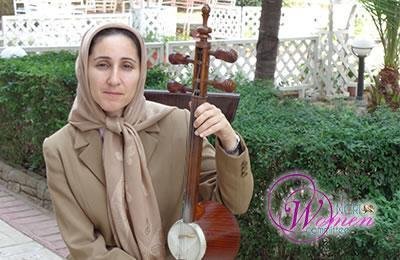 Imminent rupture of gallbladder is threatening the life of Atena Daemi, a political prisoner detained at Iran’s Evin Prison.

Simple renal and gallbladder problems diagnosed in April have developed into a dangerous condition due to prevention of treatment by the director of Evin’s dispensary. Presently, Ms. Daemi is in danger of a gallbladder rupture and even if she is operated on, the surgery will be accompanied by infection, physicians say.

In April, in the final days of her 54-day hunger strike, Atena Daemi was visited by a physician at a medical center outside the prison, and diagnosed as suffering from initial precipitation of gallstones and primitive infection of the kidneys. The doctor ordered her to be hospitalized.

However, the head of Evin’s dispensary, Abbas Khani, accused the Daemi family of trying to fabricate a medical case and Atena of pretending to be sick, and did not allow her hospitalization at the time.

Since then, Ms. Daemi has been vomiting bile and suffering from fever and nausea.

As a result of Daemi family’s persistence, Abbas Khani eventually ordered that Ms. Daemi be re-examined at a hospital which he trusts. Based on the new test results, he reported that Ms. Daemi does not suffer from any medical problems.

The Daemi family, however, showed the same test results to other physicians and found out that her gallbladder is full of stones and her kidneys are dangerously infected, and she needs to be hospitalized immediately.

Specialist doctors of the Coroner’s Office have also verified that Ms. Daemi is in a critical medical condition and rejected the claim made by the head of Evin’s dispensary.

Evin’s clinical mal-practices in the case of Atena Daemi have not been limited to wrong reading of test results but she was also prescribed the wrong antibiotics. Whereas she suffers from kidney infection, she was given strong antibiotics for gynecological problems.

In addition, Abbas Khani has filed a new case against Ms. Daemi for arguing over her medical condition and accused her of insulting the officials.