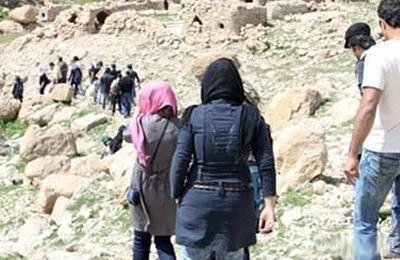 The situation of the wives of prisoners in the southwest Iranian province of Kohgilouyeh was described as “alarming” by an official. The Director in charge of Prevention and Control of Diseases at the Department of Health in the Province of Kohkilouyeh and Boyerahmad, Zafar Parisay, said:

When we say 42 percent of prisoners in Kohgilouyeh and Boyerahmad are addicted, we must not merely look at the prisoner himself but also his wife and children.

The wives of prisoners suffer the most social damages.

We must understand that the severity of these damages increase on a daily basis and the ability to deal with them by families of prisoners reduces. If the upward trend in social harms, especially in the families of the prisoners, is not contained, there is no way to cut down on social harms in the next five years. (The state-run ILNA News Agency – September 11, 2017)