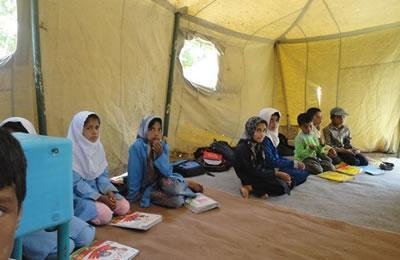 Officials’ failure to invite the two women members of the City Council of Mashhad to the opening ceremony of the new stadium in this second largest city of Iran, made headlines and served as bitter reminder of the unjust ban on women’s entry to sports stadiums in Iran.

Officials of the Physical Education department of Astan-e Qods-e Razavi crossed out the names of Shahnaz Ramaram and Batool Gandomi from the list of City Council members who were invited to the opening ceremony which was followed by a game between the football teams of Mashhad and Karbala from Iraq. (The state run ISNA news agency – September 16, 2017)

The official approach towards female members of the governing bodies frustrates every hope for admission of women to sports stadiums to watch the games. The Iranian regime has so far failed to comply with international calls urging it to allow women spectators inside the stadiums.

Astan-e Qods-e Razavi foundation is one of the Iranian regime’s most important political and financial conglomerates controlling massive assets and capital earned through endowments to the Holy Shrine of the Eighth Shiite Imam in Mashhad.