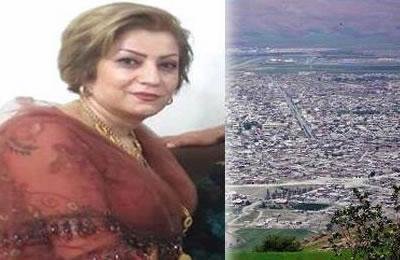 A Kurdish woman, identified as Farangiz Zareii, is currently being held in the Central Prison of Sanandaj, capital of the Kurdistan of Iran, on an 18-year prison sentence for alleged complicity in murder.

Her husband was executed three years ago but Farangiz has been in prison for the past five years without a single day leave. She only has an elderly mother.According to one of her inmates, Farangiz has repeatedly announced that she had “no knowledge of the murder and did not participate in it in any way.”