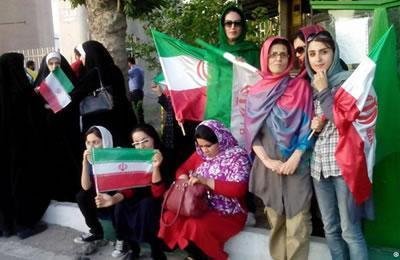 Iran: Cleric says women should be banned from stadiums

He said, “Recently, we have been informed that some officials are gradually preparing the grounds for women’s presence in the wrestling matches and issues that are related to stadiums.” He criticized these efforts and said, “(These efforts) must definitely be prevented.” Gorgani added, “The presence of women in stadiums will cause a lot of problems.”Gorgani said Rouhani must take greater care in approving such innovations in society. (The state-run Khabar Online website – September 18, 2017)