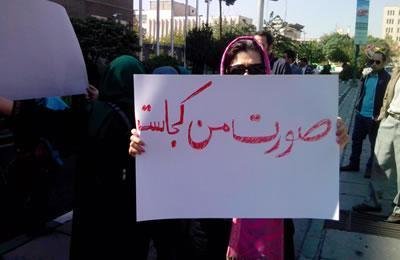 Iran: Women’s admission to stadiums not a social priority – official

In a meeting on the presence of women in sports stadiums, Mehdi Taj, the head of the Soccer Federation, said, “As I have previously said, the structures of our stadiums are not suitable for admission of women. In addition, this issue is not a priority for women and society at the present time.” (The state-run Mehr News Agency – September 19, 2017)

The latest example of exclusion of Iranian women from attending a sports stadium was on September 5, 2017 in the course of the football game between the national teams of Syria and Iran at Tehran’s Azadi Stadium where Syrian women were allowed in to watch the game and encourage their team, but Iranian women remained behind closed doors.

Iran: Woman on the verge of execution in Shiraz