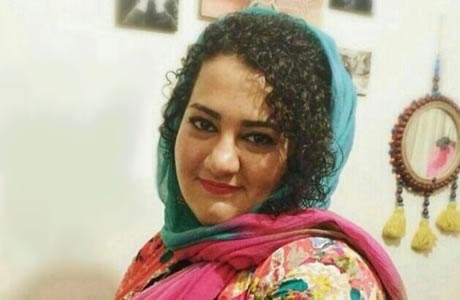 Iran: In an act of protest, Atena Daemi refuses to undergo surgery

Political prisoner Atena Daemi was returned to Iran’s Evin Prison after she did not agree to be hospitalized with handcuffs and shackles.

Her mother, Massoumeh Nemati, explained that Atena Daemi had to undergo gallbladder surgery at the Khomeini Hospital (on Monday, September 25, 2017).

Based on orders from the warden of Evin Prison, however, she was supposed to keep her handcuffs and shackles all the time while in hospital. She did not agree to this form of hospitalization and was returned to Evin Prison.

According to Mrs. Nemati, the warden of Evin had already banned Atena from having a companion or any visits. She wondered, “I do not understand how a prisoner, who has been imprisoned for her beliefs, could escape from the hospital? Where can she escape to?”

Mrs. Nemati also pointed out that the representative of Tehran’s Prosecutor, Haj MOradi, had made some promises. “Yesterday, Atena’s father met with Haj Moradi, who verbally promised that she would not be handcuffed or shackled. He said she could even have visitors and even a companion. Today, after Atena was returned to prison, her father once again went to the Prosecutor’s Office but was told that they could do nothing and that the orders of the prison’s warden had to be carried out,” Mrs. Nemati said.