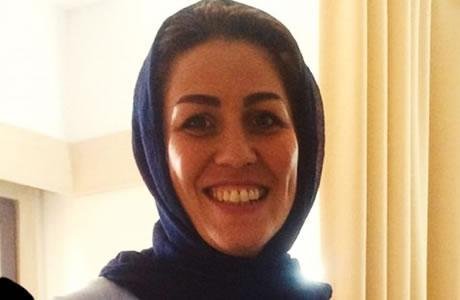 Maryam Akbari’s husband in an interview said, “Despite her detention for nearly eight years, she continues to be denied the right to a prison leave and does not enjoy any of her legal rights.”

Hassan Jaafari added, “Members of my wife’s family were executed in the 80’s and her siblings are members of the Mojahedin (PMOI/MEK). At the time, they were in Camp Ashraf in Iraq, and my wife had spoken to them several times on the phone. And this is her charge. I was present when my wife was tried at the 15th Branch of the Revolutionary Court. I was holding my young daughter. Judge Salavati told my wife, ‘You are paying the price for your brothers and sister.’ Then, I was left with three young girls whose mother has been in prison for six and a half years… It is nearly seven years that they’ve taken away my wife and I am left behind with three girl children. I have to constantly go to the Prosecutor’s Office and to the prison and then there’s work and the children,” he added.

Iran: In an act of protest, Atena Daemi refuses to undergo surgery