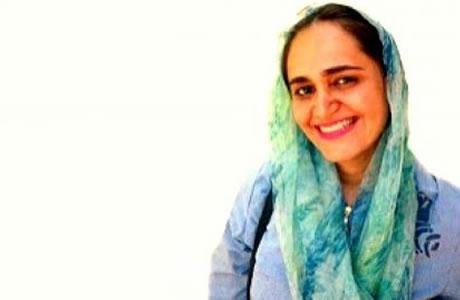 Security forces arrested Leila Mirghafari on Tuesday, September 26, 2017, and transferred this civil rights activist to an unknown location. There is still no information available on the charges brought against her.

Ms. Mir-Ghaffari had been arrested earlier this year in May.She was also arrested in 2015 along with several other civil activists following a protest rally outside Evin Prison. They were first transferred to the Prosecutor’s Office at Evin and subsequently to the notorious Qarchak Prison in Varamin. She was also summoned and interrogated in October 2016 for participating in the memorial ceremony for Reyhaneh Jabbari held in Behesht-e Zahra Cemetery.