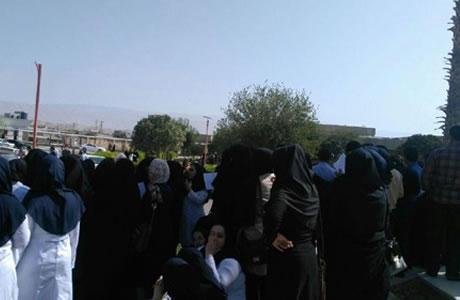 The city of Dehdasht, in Kohgiluyeh and Boyer-Ahmad Province in southwestern Iran, saw the protest gathering of nurses in front of the Khomeini Hospital demanding their salaries past due for one year.

In the wake of this gathering on September 27, 2017, the head of the city’s health network was forced to appear in the hospital’s hall to respond to the swelling number of protesters.

A number of nurses expressed the main demands of the nurses’ community in Dehdasht, in this gathering and urged the authorities to respond to their demands.

Iran: Leila Mir-Ghaffari hospitalized after being beaten up