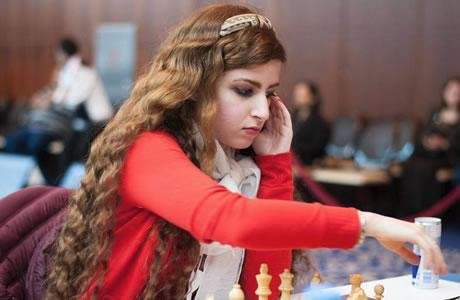 A young woman banned from the Iranian national chess team for attending the international competition in Gibraltar, in February 2017, without wearing the mandatory veil, has joined the U.S. team.

Dorsa Derakhshani was awarded the titles Woman Grandmaster and International Master at the age of 18 by the World Chess Federation in 2016. She had taken part in several international competitions without covering her hair.

Dorsa moved to Spain in 2015 after she received an invitation by a chess club that also supported her studies. (The state-run ISNA news agency – October 2, 2017)

Iran: Blamed for failing to curtail trafficking in women and children