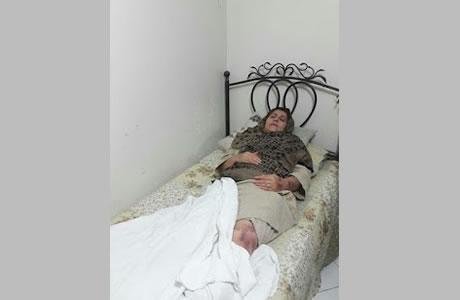 Security forces attacked a Shiite Ashura ceremony in Shahr-e Ray on Sunday, October 1, 2017. They harassed and arrested the participants particularly the women.

Ms. Zeinab Abolfathi, an eyewitness, said, “40 minutes after the ceremony had started, I noticed that people were rushing to leave and get dispersed. There were around 300 participants.”

According to Ms. Abolfathi, the assailants terrorized the participants, used foul mouth and obstructed the door to prevent them from leaving.

They also beat people and told them, “We will kill all of you on the spot.” They quickly collected all the mobile phones to prevent people from taking film.

The security forces spent long hours to interrogate the participants and frisked women. They even prevented women from drinking water or using the bathroom.

A number of participants including Ms. Raheleh Sharifi, Zeinab Abolfathi, Mahboubeh Zobeiri and Fatemeh Sameni were injured during the incident.

Around 100 people were arrested and detained at least 24 hours in solitary confinements with no food, warm clothes or blankets.

Agents of the Intelligence Ministry also prevented the detainees from contacting their families.

Following this brutal attack, families of those arrested gathered outside the Shahr-e Ray’s police station on Tuesday, October 3, 2017, demanding their quick and unconditional release.