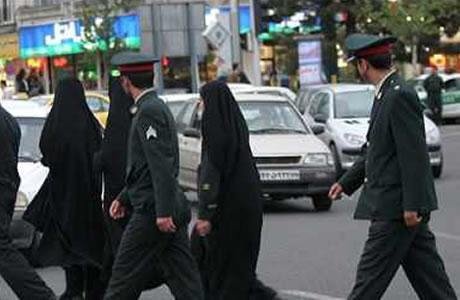 Iran: 2400 agents to crack down on women in Semnan, alone

The Secretary of Semnan Province’s Staff in charge of Promoting Virtue and Forbidding Vice announced that 2400 agents are tasked in this province, alone, with cracking down on women to impose the compulsory veil. He added that they had increased the number of their female agents to 2000 who act on different levels. They also include teenage girls of 14-15 years of age.

The culture this official is hoping to spread in society, is encouraging everyone to intervene in women’s most personal issues, suppressing and bullying them under the pretext of Islam as their agents do. Twenty-six state agencies are already tasked with enforcing the compulsory veil on women in every private and public place.