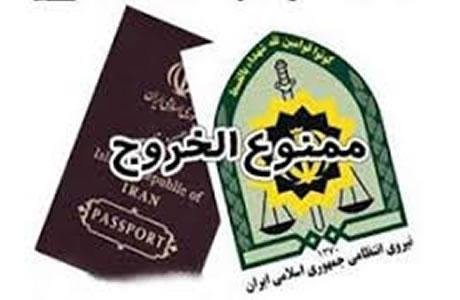 Eight Iranian women, national team members, have been forbidden by their husbands from leaving the country to participate in international tournaments.

This was revealed by between the lines of a report published by the state-run Sharq daily on the progress of a bill proposed by the parliamentary women’s faction seeking to reform the law on women’s permission to depart the country.

The women banned from leaving the country due to their husband’s disagreement include Niloofar Ardalan, captain of the national futsal team of women, and Zahra Nemati, members of the shooting national team who was the standard bearer of Iranian athletes in the Olympic games. Tayyebeh Siavoshi, member of the mullahs’ parliament, who actively works on this bill said, “There are other women who have not agreed to give their names (for publicity).”

Siavoshi said the progress of the plan faces many obstacles. “So far, in addition to the opposition of some MPs, there have been opposition from other executive bodies including the passport department of the Foreign Ministry, the Ministry of Intelligence, and the Passport Department of the State Security Force.”

She added, “The bill was supposed to be taken to the floor with double urgency, but the formation of a steering committee has been the only step taken so far.”

Ahmad Salek, parliamentary deputy from Isfahan, opposed the bill by reiterating that a woman is not allowed even to take part in the Friday prayer without her husband’s permission. “Such a change contravenes the jurisprudence and Shari’a,” he said.

The steering committee for the bill is made up of four members of the mullahs’ parliament, as well as officials of the parliamentary Research Center, the Foreign Ministry, the Intelligence Ministry, and the Passport Department. They include only two women. (The state-run Magiran.com, October 8, 2017)