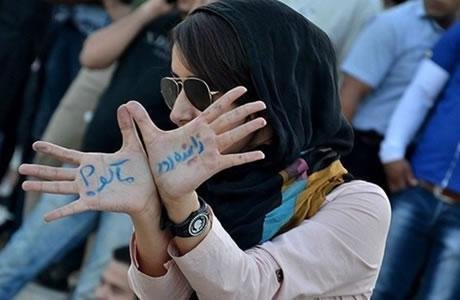 A group of residents of Isfahan (central Iran) mostly women gathered across from the famous Khajou Bridge on Tuesday, October 11, 2017 to protest the drying of Zayandeh Roud river.

The gathering took place upon a prior call issued on the internet to pay tribute to the river.

The protesters demanded allocation of water to farms on the margins of Zayandeh Roud and called on the government to fulfill its promises in this regard.

Some foreign tourists held up placards and accompanied the protesters in this gathering.

The participants also protested unlawful digging of wells around the river which are believed to be the so-called economic activities of the Revolutionary Guards Corps (IRGC).

Iran: Girl students sent out of Tehran U dormitory