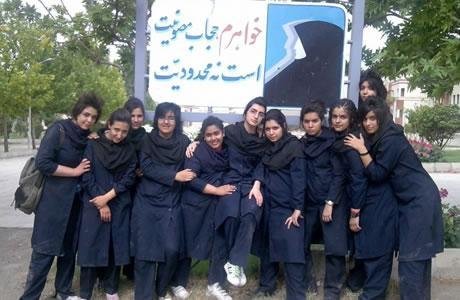 One of the clerical regime’s high ranking religious scholars admitted that the mullahs have failed to impose the compulsory veil on Iranian women despite all their suppressive measures.

“Despite all the various emphases in recent years, we have not been able to achieve our goals regarding mal-veiling. For this reason, we have to think of some solution for mal-veiling,” mullah Jafar Sobhani said after admiring the suppressive State Security Force in a meeting with the SSF Commander, Hossein Ashtari, on October 8, 2017.

Admission of failure by the state-backed cleric is despite 27 state agencies and 301 cultural organizations having been tasked with promoting and enforcing compulsory veil on Iranian women for the past 38 years. (The state-run Fars news agency – October 8, 2017)