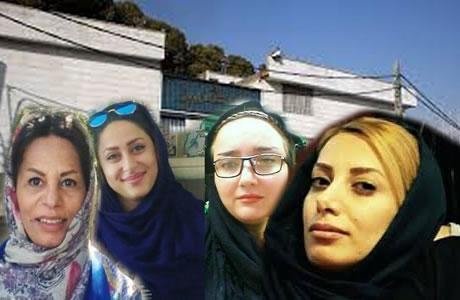 Zahra Shafii Dahaghani, Melika Kavandi, Zahra Sadat Ebrahimi and Raha Davoudian were tried on October 11, 2017 and each sentenced to a year in prison and lashes at the first stage, but their verdicts were later commuted to two years of suspended jail after their appeal.

The four women had been arrested on August 28, 2017. Two of them, Raha Davoudian and Zahra Sadat Ebrahimi were released last week after the court session.

The wave of arrests of the activists of the Cosmic Mysticism Group has mounted since a month ago following their protests against the new death penalty sentence issued for their leader, prisoner of conscience, Mohammad Ali Taheri.