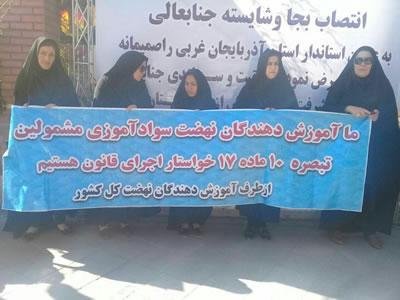 Teachers have been protesting continuously over the past seven weeks in cities across Iran.

On Tuesday, October 17, 2017, a group of women, literacy teachers, staged a protest outside the governor’s office in Soldouz, West Azerbaijan Province, in northwest Iran. They demand to be officially employed by the Department of Education.  They say, 25 relatives of government officials have been employed in their stead.