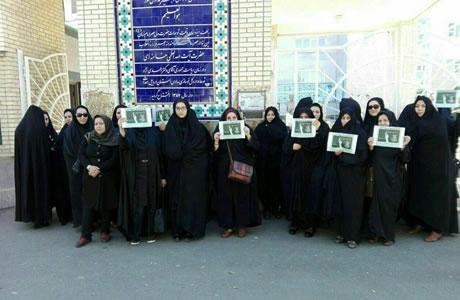 Protesters consisting of some 30 women, protested their undetermined status of employment by gathering outside the Department of Education of Ardabil Province and demanded to be officially employed as soon as possible.  (The state-run Tasnim news agency – October 19, 2017)