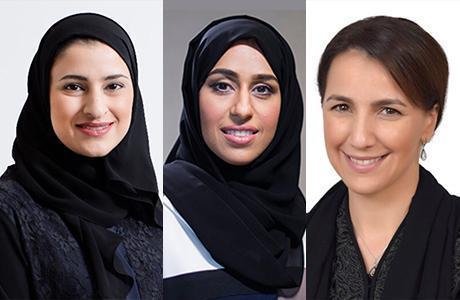 Three more women have been named as state ministers, bringing the total number of women in the United Arab Emirates cabinet to nine.

Al Amiri, who holds a master’s degree in computer engineering, has served as Chairperson for the UAE Council of Scientists and is associated with the Mohammad bin Rashid Space Centre. She is also the UAE Mars Mission Deputy Project Manager — Science Team Leader at the Mohammad Bin Rashid Space Centre (MBRSC). Prior to this, Al Amiri was the director for the Department of Research and Development at the Emirates Institution for Advanced Science and Technology, which is now the MBRSC.

According to Baloch Campaign, Sara Amiri is an Iranian born Baloch woman who emigrated to UAE.

Mariam Al Muhairi, 38, the new Minister of State for Food Security, has served as the assistant undersecretary for Water Resources and Nature Conservation Affairs at the Ministry of Climate Change and Environment.

She began her career soon after graduating from one of Europe’s leading engineering universities, with specialisation in Development and Design Engineering. She received her bachelor’s and master’s degrees in Mechanical Engineering from the Rheinish-Westphalian Technical University (RWTH) in Aachen, Germany.

Al Muhairi has paid great attention to the issue of groundwater depletion in the UAE.

Hessa Eisa Bu Humaid, appointed Minister of Community Development, is a graduate of the Programme for Leadership Development and served as the executive director of the Government Services Sector, Prime Minister’s Office, and had been overseeing the development of government services in the UAE through the Emirates Government Service Excellence Programme. She has a Bachelor’s Degree in Business Science and Focus Marketing from Zayed University and Master’s in Business Administration from American University of Sharjah, an Executive Diploma in Public Administration and Polices from Lee Kuan Yew School, Singapore.

Iran: A glance on women’s sports