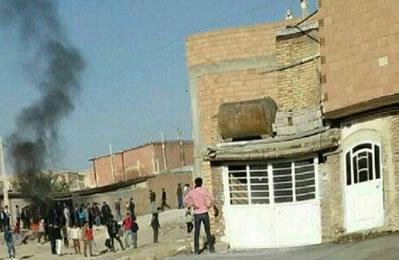 The residents of Orumiyeh, northwestern Iran, were outraged on Monday, October 23, 2017, when news broke out that a janitor had sexually assaulted a 12-year-old girl at school. The parents whose daughters studied in the city’s Shohada girls school poured into the school and set its equipment on fire.

Anti-riot forces and motorbikes units blocked the streets leading to the school and attacked the protesters in an attempt to disperse them but people shouted back at the State Security forces and resisted.

The executive director of the Department of Education in Western Azerbaijan Province tried to calm the people by denying the news, but they continued their protests.