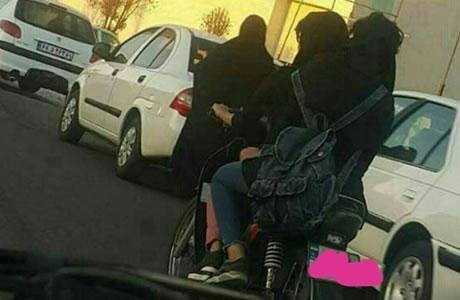 Two young women were arrested in Iran for riding a motorbike and posting their pictures on the internet.

“The two young women whose pictures had been published on the internet were identified and dealt with,” said the commander of the State Security Force of the city of Dezful, in southwestern Khuzistan Province. (The state-run Aftab website – October 24, 2017)