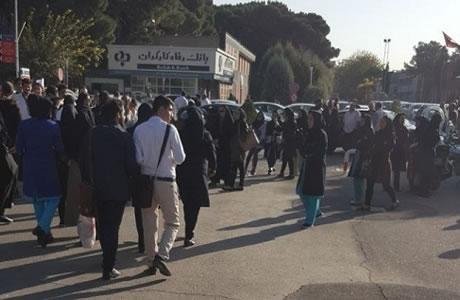 Nurses of Tehran’s Khomeini Hospital held a gathering to protest their small salaries and pressure at work. The gathering consisting mostly of women took place on October 24, 2017. The nurses also protested the shortage of work force in the hospitals and demanded their unpaid and delayed fees.  (The state-run Nurses’ House website – October 24, 2017)

He also pointed to the Khomeini Hospital and acknowledged that the nurses have not received their fees for 9 months. (The state-run ILNA news agency – October 24, 2017)