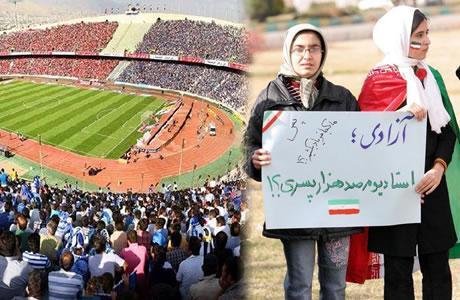 The State Security forces expelled three young women who were attempting to enter Azadi Stadium to watch the football match between the two most prominent Iranian football teams.

The incident took place on October 26, 2017, when Persepolis and Esteghlal teams were scheduled to face off. The female fans had donned men’s clothes in a bid to enter the stadium. (The state-run Rokna.ir– October 26, 2017)

Shahindokht Molaverdi, Rouhani’s Deputy for Citizen’s Rights Affairs, had recently admitted that the conditions are not yet prepared for women’s presence in football stadiums. (The state-run Entekhab website – October 25, 2017)