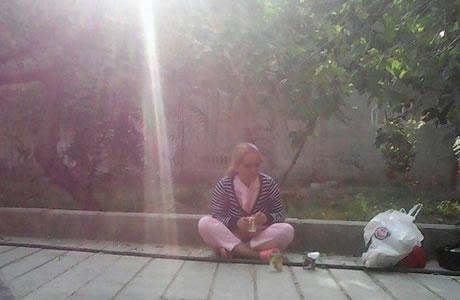 Iranian political prisoner Leila Mir-Ghaffari has been incarcerated for a month in a mental hospital under dire conditions.

In a brief phone call on October 26, 2017, she called the hospital a torture chamber. She described the hygiene of bathroom and the quality of food as awful. She said the treatment of mental patients in this hospital is particularly inhumane.

Ms. Mir-Ghaffari has refused to have her son come for visit in such circumstances.

Ms. Mir-Ghaffari was attacked and arrested by security forces on September 26, 2017, while she was filming an official banner publicizing export of terrorism to Syria, in front of the Special Court for the Clergy.