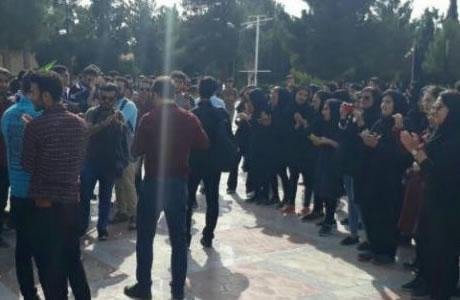 Student protests against Rouhani’s nominee for Minister of Sciences and Higher Education continued on October 28 and 29, 2017, in various universities across Iran.

Students of Tehran University held a gathering on October 28, 2017 to protest the university’s privatization policy, repressive atmosphere in the university and discrimination in the educational system.

Rouhani’s nominee, Mansour Gholami, however, was approved on Sunday, October 29, 2017, by the mullahs’ parliament.