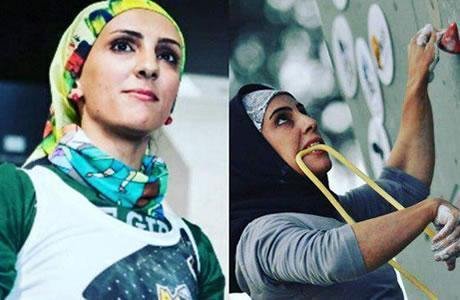 Iran’s hard working women show their talent and competence in every opportunity despite numerous obstacles created by the ruling regime to exclude them from the sports arena and lack of any form of government support.

In a previous interview, she had complained about the difficulties of training while being alone in her field. Elnaz Rekabi also spoke on the problems created by the requirement of wearing the compulsory veil. “It is very hard with the veil especially when the weather is hot. I tried to find some proper outfit for this sport to observe the dress code, as well, but I had to do it on my own.” (Interview with Euronews – Aparat.com– April 25, 2016)

In another event, Iranian women ranked fifth in the 3×3 Asia Cup in Turkmenistan, after 38 years of absence in international tournaments. (The state-run ISNA news agency – October 31, 2017)