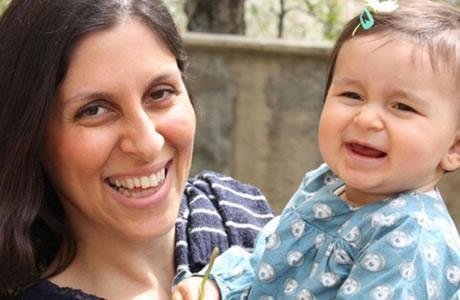 Speaking to a committee of MPs, Mr. Johnson attacked both Ms. Zaghari-Ratcliffe’s conviction for spying as a mockery of justice and her treatment by the authorities in Tehran.

“Nazanin Zaghari-Ratcliffe, nor her family, has been informed about what crime she has actually committed. And that I find extraordinary, incredible,” he said.

Mr. Johnson was told that an MP had been informed she could visit the dual British-Iranian national if she wished and asked if he would make the trip, replying: “Of course.”

There were “obvious humanitarian grounds” for Ms. Zaghari-Ratcliffe’s release, he told the Foreign Affairs Select Committee, adding: “I wouldn’t dispute that for a minute.”

The 38-year-old mother was separated from her 21-month-old daughter Gabriella when she was arrested as she tried to return home to London after a two-week holiday.

Last month, Ms. Zaghari-Ratcliffe was told she could face 16 more years behind bars after the Iranian courts reopened her case and added three charges. (The Independent – November 1, 2017)