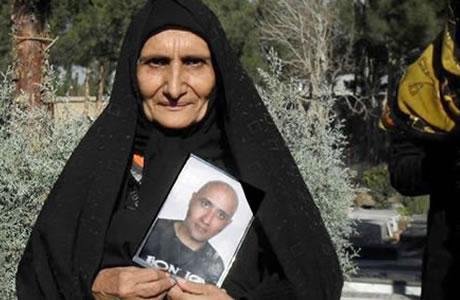 On the fifth anniversary of Sattar Beheshti’s death under torture, his mother, Gohar Eshghi announced in a letter to the Iranian people that freedom is coming soon. The letter reads in part:

The Islamic Republic came to power four decades ago with slogan of protecting the downtrodden. However, it did not take them very long before they built their luxury life on the ruins of the life of the poor.

Now, because of this regime, we have to mourn our children and compatriots instead of celebrating.

Yes, it is the fifth anniversary of the loss of my son, Sattar, who took care of me. But instead of weeping and sobbing for him, I celebrate that my son could shake the pillars of tyranny, like other young men who drenched in their own blood to water the sapling of freedom.

The day is not far when the rulers would have to account for their actions. Freedom of Iran and her people is truly imminent.