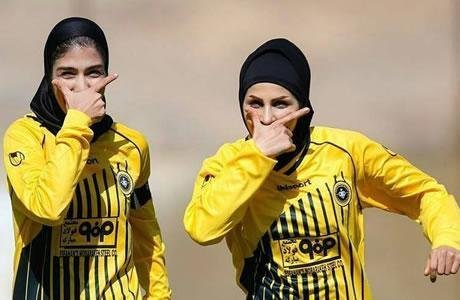 Iran: Yellow card for female footballers whose hair shows off

This was declared by an observer from the Iranian Football Federation while briefing the teams participating in the Women’s Football League last week.

This latest measure, in violation of the universal rules set by FIFA, indicates a new level of antagonism directed towards women’s sports by the Iranian regime.

Women athletes do not receive any form of support from the government. This was evident in the planning of the games for woman’s league. For one, some of the teams had not been allocated a field where they could play, while the fields where the games took place were peppered with holes and ditches such that the players could not dribble.

The restrooms and locker facilities were not adequate for players to get ready for the game.

On the other hand, the Pars Jonoubi Jam team did not participate in the games for lack of budget, and their game was cancelled.