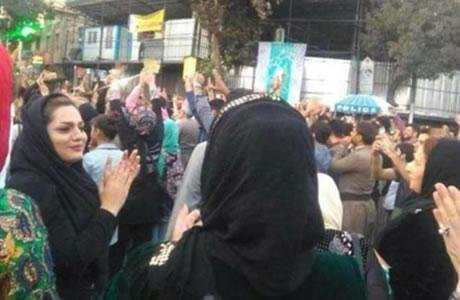 An Iranian Kurdish woman is under torture and inhuman pressures to make false televised confessions.

Chini Akharkhoob, from Saqqez, a city in Iranian Kurdistan Province, who was arrested by intelligence agents on September 26, 2017, is still in prison after 40 days. The Department of Intelligence has told Ms. Akharkhoob that they would release her only after she speaks out against Kurdish opposition parties before the camera.

She has refused to give in to this demand and as a result the Intelligence Department has increased its pressures on her and her family in order to make her cave in.

After the independence referendum for Iraqi Kurdistan, held on September 25, 2017, hundreds of Iranian Kurds were arrested by security and intelligence agents for celebrating the outcome. At least 10 of those arrested were women. The clerical regime has conditioned the release of these prisoners on making false TV confessions.