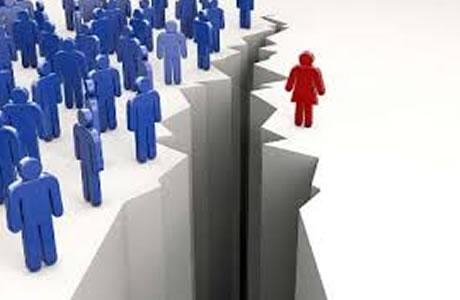 “Laws and structural restrictions” cause wide gender gap in Iran

Iran’s fall into the lowest group of the World Economic Forum’s ranking on gender gap is due to the “laws and structural restrictions” imposed on women, said Shahindokht Molaverdi, former deputy for women and family affairs in Rouhani’s government in an interview with the official IRNA news agency on November 7, 2017.

WEF 2017 report placed Iran in the 140th place among 144 countries. This is one place lower than its 139th ranking in the previous report.

The global gender gap index ranges between 0 and 1 in the four fields of Economic Participation and Opportunity, Educational Attainment, Health and Survival, and Political Empowerment. A score near 0 inclines towards absolute inequality and a score near 1 indicates better gender-equality. A country scoring 0.5 indicates a wide gender gap where men’s benefits are twice as much of women’s.

Iran’s global index is 0.583. It scores 0.357 in economic participation and opportunity, and 0.046 in political empowerment.

Shahindokht Molaverdi who presently serves as Rouhani’s deputy for citizen’s rights made the following admissions in her interview on the reason for Iran’s low ranking by WEF criteria. In parts of her remarks, she said:

One of the most important reasons for gender gap in the economy is the existence of laws in the economic sphere which expand men’s participation and activity and have made employment and making income rights for men, and free services at home a duty for women.  Although employment has been recognized in the law as an equal right for all citizens, but in practice men have priority in employment and economic opportunities. This is a problem that has remained unsolved despite passage of four decades since the Islamic Revolution and despite women’s endeavors to prove their capabilities.

Men are authorized to prevent their wives from having a job. This is another restriction women face in economic participation which has made women’s unemployment twice as much as the unemployment of men.

The male-dominated atmosphere in decision-making, law-making and management arenas is also another factor which keeps women away from the excitements of presence and participation. This means that women have to earn the permission of their husbands, fathers or brothers for making an investment or using shared sources. They also need the signature of a man on their contract to obtain facilities and resources. When they have to travel abroad to sign a contract with non-Iranian parties, they must have their husbands’ letter of consent for leaving the country. These factors have frustrated and disappointed women and over time, they have left the scene in favor of their male rivals.

Having job experience in senior positions of management is another obstacle and condition for the presence of women in political and economic fields.

Women’s participation in the parliament, governorates, municipalities and other political arenas is an indication of the reality.