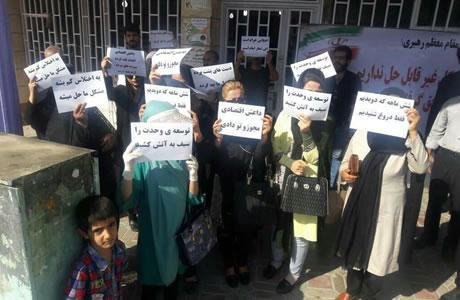 A group of plundered women and men gathered in protest outside the office of Melal Institute (Arman) in the city of Gachsaran, (in Kohgilouyeh and Boyer Ahmad Province, southern Iran) on Wednesday, November 8, 2017.

They demanded to have their money back from the financial institute which is affiliated with the Islamic Revolutionary Guard Corps (IRGC). They held placards which read, “We are against theft”, and “for six months, we have heard only lies.”