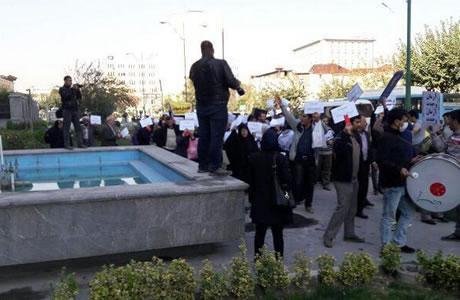 Women and men plundered by the credit institute of Arman-e Vahdat gathered in front of the clerical regime’s parliament in Tehran on November 14, 2017 to demand their rights.

They also protested the regime’s spending of the Iranian people’s money in Bahrain, Qatar and Syria and expressed solidarity with the people hit by the earthquake. They demanded the parliament to interpellate Rouhani.