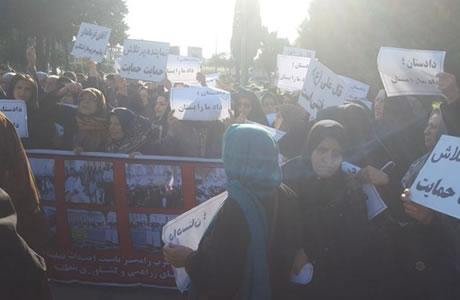 Women in the northern Iranian city of Ramsar gathered on Tuesday, November 14, 2017, to protest against the construction of a sewage treatment plant near their houses.

The residents of the district have repeatedly protested against this construction near their residences on various occasions. Building a sewage station very close to a residential district is both non-standard and unsanitary. In reaction to the protests of local residents, city officials declared that the project would be cancelled. However, the project has been apparently followed up in secret.