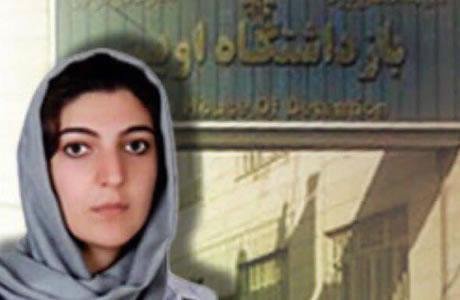 Nazanin Dayhimi, writer, translator and former political prisoner, died before reaching 30. She passed away on Sunday, November 12, 2017, due to an asthma attack.

Dayhimi had been behind bars for 16 months in Tehran’s Evin Prison after getting arrested on February 14, 2012, and charged with “disruption of public order.”

A few days before her release from prison, she rewrote and directed a play called, “The Damsel and the Death,” which was acted out by political prisoners detained at the Women’s Ward of Evin.

She wrote, “These are bad days. The news is not good news. On the other side of our wall, “Sattar”* dies and we just get shocked, looking with awe at the height of the wall and at each other and ask, ‘What should we do?’ Then, we answer by our eyes, ‘Inhale and exhale; I am on your side and you are on my side, and together we can.’”

*Sattar Beheshti, 35, was a worker and a web blogger who wrote articles critical of the clerical regime. He was arrested at home on October 30, 2012, and killed under torture only four days later.