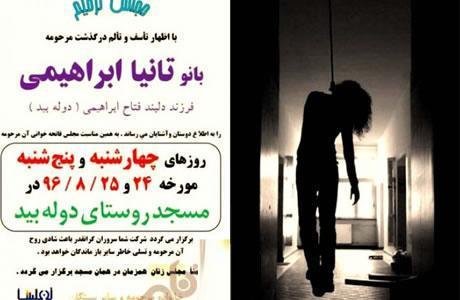 Tania Ebrahimi hanged herself on November 14, 2017.  Her mother had also committed suicide and died some time ago.

Iran ranks first in the Middle East for the rate of suicide among women. Suicide of women has risen 66 per cent over the past five years in Iran.