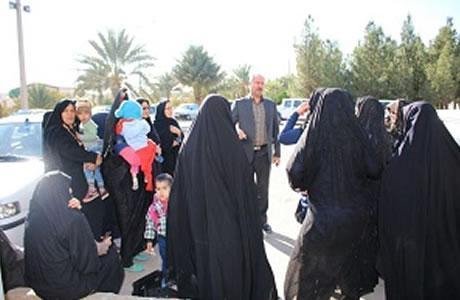 The wives of workers working at the Phosphate Mineral Complex in Bafq, in the southern Kerman Province, staged a protest gathering on Sunday, November 19, outside the governor’s office in this city and demanded payment of their husbands’ unpaid salaries.

A woman representing the protesters said, “Since last year when this mine was transferred to the private sector, they have not paid the workers. Since July last year, when they paid 2 million toumans (approx. $560) as an instant relief to the workers, they have not deposited any salaries or other payments in their accounts.”

Another woman, also wife of a mine worker, complained that the basic salary of workers had been reduced from 1.5 million toumans to 1.1 million.