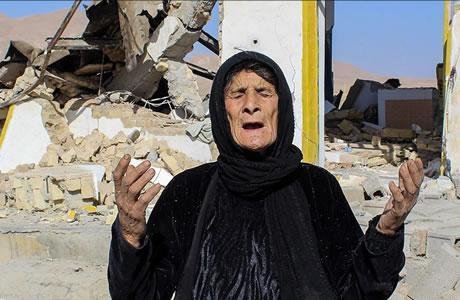 Iran: Earthquake added to the single women heads of household

The recent massive earthquake in western Iran widowed many women and destroyed the life assets of many more.

The state-run media announced that some 100 women lost their husbands in the earthquake and became single mothers to head their households.

The announced figure is a conservative estimate based on the death toll of 520 as declared by the official media in Iran. The actual figures, however, are much higher.

A Majlis deputy told the mullahs’ parliament that at least 1,000 people had died in the earthquake, while local residents say thousands have been killed. (The state-run Salamat News website – November 19, 2017)

Iran: Large gathering of plundered women and men in Tehran