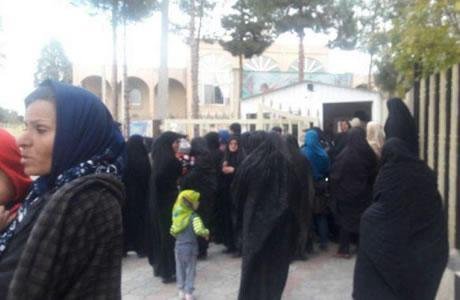 A significant number of residents of the New Terminal District of the southern Iranian city of Kerman staged a protest outside the Governor’s Office on Thursday, November 23, 2017. They announced that they will continue their protest until their problem is resolved.

The protesters complained that they had been informed 20 years after the construction of their houses that the municipality would not give them services because they are living off limits.

“We built these houses 20 years ago with lots of problems and by getting loans. Many nights, we slept hungry and thirsty until we managed to build these houses. Recently, our district’s electrical power has become very weak. Frequent power outages are damaging our electric appliances,” said a woman taking part in the protest.