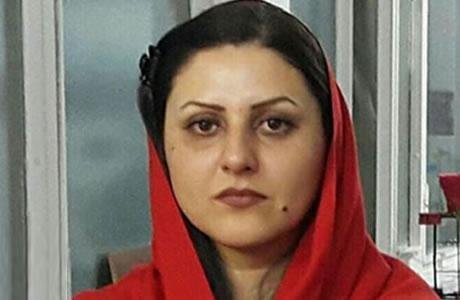 Iran: Golrokh Iraee calls for justice for victims of 1980s

Prisoner of conscience Golrokh Iraee sent an open letter from Evin Prison where she is detained calling for justice for the perpetrators of the 1980s massacres in Iran. The letter comes in the wake of the acceptance by the UN working group on enforced or involuntary disappearances of the complaint filed by political prisoner Maryam Akbari Monfared demanding information about the fate of her siblings executed during the massacre of 30,000 political prisoners in 1988. In parts of her letter, Ms. Iraee writes:

Those who sought power turned their backs on the aspirations of the children of this land… In response to a yes-or-no response, they sent thousands to the firing squads and gallows. Their lifeless bodies were buried en masse in a bid to wipe their memory from the minds of the nation…

Many worried in these years about those who had been unjustly executed, but what is necessary is the complaints by their families as private plaintiffs. Like Maryam (Akbari Monfared), they should follow up directly the cases of their relatives. Maryam is not alone. She represents thousands of people who have lost members of their families.

Our failure to react and follow up these crimes will lead to more horrible crimes.

We should help echo their voice louder. A voice that has been resonating over the sky of this country for years. We should announce that we seek justice for the bloody crimes of the 1980s.