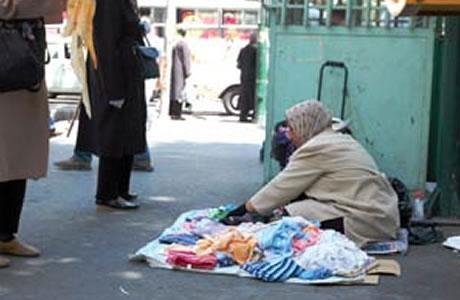 A group of women social activists criticized Rouhani’s 100-day record and said the appointment of a few women as governors or deputies does not solve Iranian women’s problems.

In an open letter, the women revealed that Rouhani’s hollow claim of having created 307,000 jobs for women as his cabinet’s success, includes false jobs such as peddling which women do as a last resort.

The letter reads in part, “Indeed, what is seen as the outcome of the government’s conduct and policy-making with regards to employment include objectified use of women in expensive auto exhibitions, hiring them as advisors in real estate agents, increasing their presence in the agencies, offering them low income jobs providing services in trains and airplanes, etc. and an increase in the number false jobs such as peddling in the streets and an increased presence in marketing. This process is in contravention of Article 21 of the Constitution.” (The state-run Mehr news agency – December 5, 2017)

Women are the first victims of Iran’s bankrupt economy in light of the flagrant discrimination institutionalized in the law against women and numerous restrictions imposed on their employment and education, creating harsh conditions for women in earning a living. Many women with college education have to resort to peddling in the streets, working in restaurants or as secretaries in offices and accept salaries as low as one-third of the minimum wage.

Iran: Deaths of 11 pregnant women, 39 children under 5 in Kermanshah