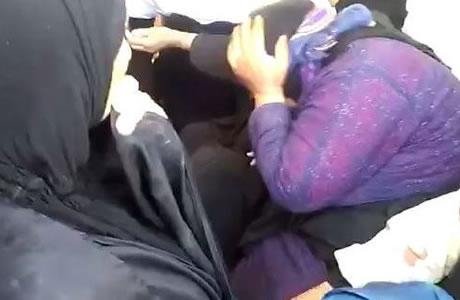 Iran: After attack on village, women get arrested in Ilam and Ahvaz

Khadijeh Nissi was arrested by security forces on Friday, December 8, 2017, in Ahvaz, capital of the oil-rich province of Khuzestan in southwestern Iran.

Agents of the Intelligence Department of Ahvaz arrested Ms. Nissi for participating in a demonstration in support of the inhabitants of Jelizi village in Dehloran, in Ilam province (western Iran).

She sang a folklore song in support of the Arab villagers who had been attacked by a company affiliated with the Army in a bid to confiscate their farm lands.

The State Security forces attacked Jelizi village in Dehloran, on Sunday, Monday and Tuesday, December 3-5, 2017. Claiming that they were acting on a court verdict to confiscate the lands, they used tear gas and batons to brutalize the farmers. They arrested around 50 of the farmers and their wives and daughters some of whom were identified as being Mrs. Jassem Jelizi, No’eh Jelizi, Terfayeh Jelizi, Hassneh Jelizi, Hamideh Jelizi and Hamideh Cha’bawi.